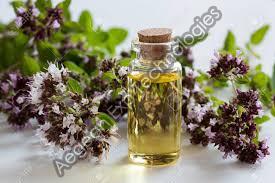 Several verified university either from India or worldwide studies has shown that natural oregano oil is a highly potent purifier that offers many universal benefits for human body and health. Natural contents of Oregano oil is derived from the plant of wild oregano. In both forms, it is important to verify that the oil is derived from the proper potent oregano plant, and that the carvacrol concentration of this aromatherapy oil is at least 70%. Studies of different universities also have shown that both of these two compounds like Thymol and carvacrol have numerous significant effects on harmful micro-organisms that cause many illnesses in humans. It is important not to confuse pure oregano oil with common oregano that is useful as a perfect spice in domestic cooking. Common oregano is typically accepted from the Origanum Marjoram while its natural Oil is derived from Origanum seed from origin of Bulgaria. This Oregano oil is also offers in Indian or worldwide markets as either a liquid or as capsules form so you may easily check it.

MODE OF EXTRACTION : Oregano oil is extracted from the dried, flowering herb by steam distillation of Origano plant.

What are the Benefits of Oil of Oregano?
The ancient Greeks were one of the first people to recognize this oil for its health benefits and medicinal qualities. It is known to be a potent antiviral, antibacterial, antifungal, and antiparasitic oil that can reduce pain and inflammation and effectively fight off infections.

Some of the specific benefits of Oil of Oregano are :